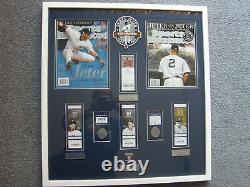 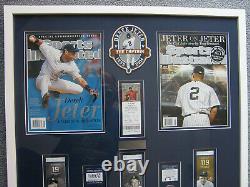 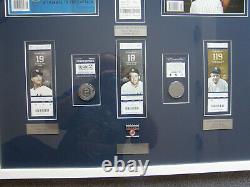 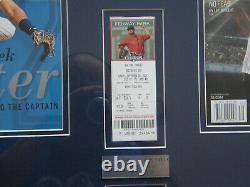 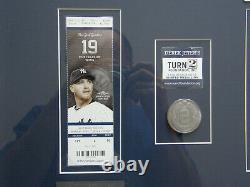 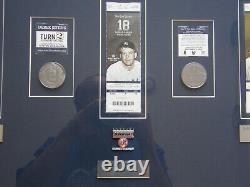 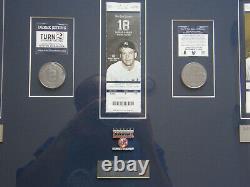 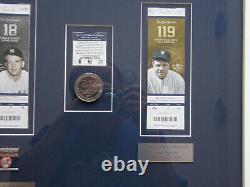 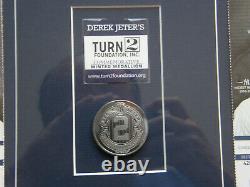 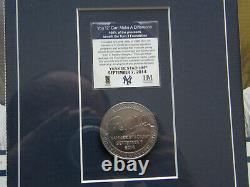 Congratulations to New York Yankees GREAT DEREK JETER for being elected to the Class of 2020 Baseball Hall of Fame. DEREK was FINALLY inducted into the Baseball Hall of Fame on Wednesday, September 8, 2021. If you are seriously interested in a unique one of a kind item like this the time to act is now! This piece is unique and one of a kind. It celebrates Derek's final year of playing, 2014.

Remember he did the final curtain call at all major league ballparks that season? All items have been matted and professionally framed and includes engraved plates which describe all tickets. The back is finished with all mounting hardware and is ready to be hung on that treasured place in your memorabilia room. Please pardon my shadows in the photos.

They don't come with the item! This item measures approximately 28" x 28". A complete mint copy of the December, 2014 Derek Jeter COMMEMORATIVE SPORTS ILLUSTRATED.