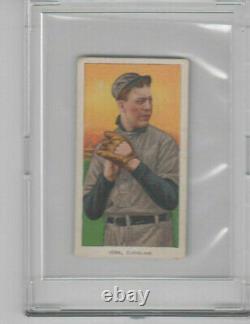 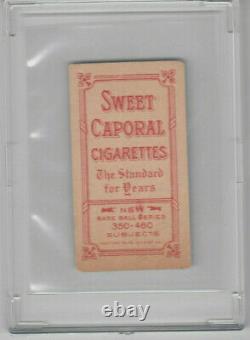 And Why was he significant enough to be inducted into the Hall of Fame? Adrian Joss Inducted to the Hall of Fame in: 1978 Primary team: Cleveland Indians Primary position: Pitcher Though time couldnt tell the full effect Addie Joss might have had on the game of baseball, he left a legacy large enough to remember. Joss sort of hid the ball on you, Hall of Famer Bobby Wallace said.

One moment, youd be squinting at a long, graceful windup and the next instant, out of nowhere, the ball was hopping across the plate and a lot of us batters were left dumbfounded, standing flat-footed with our bat glued to our shoulders. The right-hander would turn his back to the batter to begin his windup motion, hiding the ball the whole time before whipping back around to fire it across the plate. His technique found him great success, including a 1.89 lifetime ERA and four seasons in a row of 20 or more wins. Earned Run Average: Frequently referred to as ERA. The total number of Earned Runs When a pitcher allows a man to reach base, he is charged with a run if that runner scores, even if he is taken out of the game and a new pitcher is on the mound when the base runner scores.

Divided by the number of innings pitched x times 9. (base runners making it to base on errors, do not count) An ERA under 4.00 is very good. An ERA under 3.00 is excellent. Joss never experienced a losing season in the nine years he pitched in the major leagues. His biggest accomplishments came in 1908, when he was 24-11 with a 1.16 ERA and nine shutouts.

In his 11 losses, his team scored a total of only 11 runs in support of him. He gave his club a chance to win every time he stepped on the mound, keeping them in every game he pitched. He had incredible control over his pitches, and in 1908, he walked only 30 batters in the 320 innings he threw.

2, 1908, Joss threw the fourth perfect game in baseball history, a victory over future Hall of Famer Ed Walsh. He accomplished the feat with just 74 pitches. It was the first of two no-hitters he would throw, the second coming in 1910.

Both games were against the Chicago White Sox, and he is the only pitcher to no-hit the same team twice. Of his 160 career wins, 45 of them were shutouts. His career ERA 1.89 is ranked second all-time and he led the American League twice in the same category while he was playing.

His dominance as a pitcher was cut short when tubercular meningitis ended his life at the age of 31, in April of 1911. His death was a shock to the baseball world and Clevelands opener in Detroit was postponed for the funeral in Toledo. The top players in the American League at the time formed an all-star team to play against Cleveland for the benefit of Josss widow.

Though his tenure in baseball was the shortest of any player in the Hall of Fame, Joss left a mark on the game not to be forgotten. DID YOU KNOW That Addie Joss's no-hitter of Oct. 2, 1908, was a perfect-game victory over future Hall of Fame pitcher Ed Walsh?

Some states may charge between. The item "ADDIE JOSS 1909-11 T206 Sweet Caporal Tobacco card Hall of Fame 2nd lowest ERA" is in sale since Saturday, March 7, 2020. This item is in the category "Sports Mem, Cards & Fan Shop\Sports Trading Cards\Trading Card Singles". The seller is "radiovoicewix" and is located in Phoenix, Arizona.

This item can be shipped worldwide.