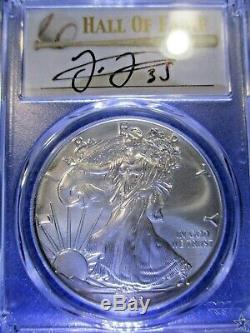 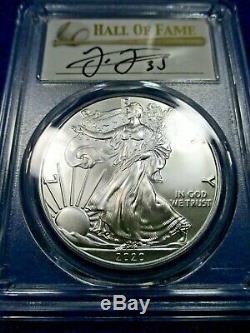 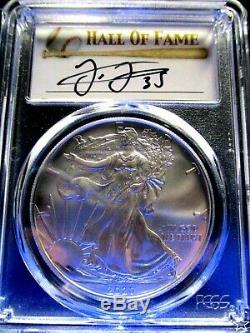 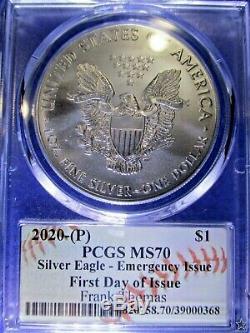 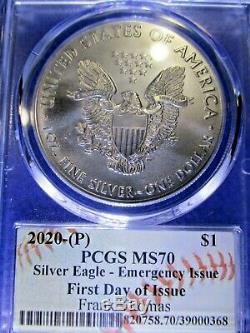 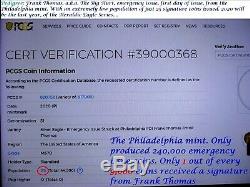 Pedigree: last year of issue for the 2020 design of the American Silver Eagle! Collectors on Edge for Coins in 2021. So far, collector reaction to the announcement of a Silver Eagle redesign has been mixed, largely because the new design has yet to be seen. As with any change, there are those who are already mourning the loss of the famous image.

Others, however, think that the current design has run its course and are looking forward to something new. Perhaps the most common reaction is a wait and see approach, which is common among those who are open to something new but are reserving judgment until they see what that is. The new 2021, coin design sets up some new dynamics among collectors. For one, it sets up two types of Silver Eagles. This gives collectors the chance to close the book on a complete set of Silver Eagles if they choose to do so. Those who are new to collecting have the opportunity to start anew with the series without feeling a need to catch up by purchasing older editions. Some speculate that the redesign could increase demand in 2020 and increase demand for issues with the original design, but only time will tell if that is true. 2020-P, Ms70, American Silver Eagle, Emergency Issue, F irst D ay O f I ssue, signed by Frank Thomas a. The Big Hurt , According to PCGS records this is 1 of 25 Signed, Base Ball Hall of Fame, Emergency Issue, Low Mintage, American Silver Eagle, Signature Series coins!

Is one of the lower attainable populations... Of the entire 2020 Philadelphia, American Silver Eagle, Signature Series of coins!

The Hall of Fame signature series..... Will be a big hit, for many generations to come!

Therefore, the overall mintage of 240,000 gradable coins will be substantially reduced! While the 1916 D, Mercury dime, attained an extreme low mintage, of just 264,000 coins...

The Emergency Issue, consisted of just 240,000 coins, from Philadelphia! 24,000 coins, less than the 1916 D, Mercury dime! However, none of the Mercury dimes, attained a Sheldon grade, as high as the Frank Thomas, signature coins.... An excellent ASE coin, if you're building a signature set? Or just want to add "Low Signature Population Rarity" And collectible value, to an existing collection! Frank Thomas , Hall of Fame, American Silver Eagle. Will be one of the most "Sought After" Signature Coins, for coin collectors, baseball memorabilia and autograph collectors...

PCGS (EIN) Encapsulation Identification Number 82758.70/39000368. Restricted signature is: to be signed by recipient only. Are opened up under video and audio surveillance cameras. Accompanied by a signature eye witness. Even in the context of one of the greatest offensive ages in the history of the game, Frank Thomas numbers are staggering.

One combination, however, stands out: No other man in baseball history has strung together 7 straight seasons of 20 -plus homers, 100 RBI, 100 walks and a. Not Ruth, not Gehrig, not Williams. Thomas starred in both baseball and football in high school but went undrafted in his first year eligible for the MLB Draft in 1986. Thomas then enrolled at Auburn University with the intention of playing football, and the 6-foot-5, 240-pound tight end caught three passes as a freshman that fall.

But Thomas still yearned to play baseball and starred for Auburn in 1987, hitting. From that point on, Thomas was a baseball player.

Thomas was named the Southeastern Conferences Most Valuable Player in his junior season of 1989, and left school that summer when he was taken with the seventh overall pick by the White Sox. One year later, Thomas made his big-league debut as an August call-up, hitting. 330 with 31 RBI in 60 games. He would stay ensconced as the White Soxs first baseman/designated hitter for the next 15 years and quickly earned the nickname The Big Hurt for the damage he inflicted on opposing pitchers. In his first full season in 1991, Thomas batted.

318 with 32 homers, 104 runs scored, 109 RBI and an American League-leading 138 walks and a. After leading the league in doubles, walks and on-base percentage in 1992, Thomas won his first Most Valuable Player Award the following year with a. 317 average, 41 homers and 128 RBI for a White Sox team that won the AL West title. He was a unanimous choice in the MVP voting, garnering all 28 first-place votes. The next year, Thomas was even better hitting.

353 with 38 home runs, 101 RBI and a league-best 106 runs scored in just 113 games in that strike-shortened season. He was again named AL MVP, becoming just the American League sixth player (after Jimmie Foxx, Hal Newhouser, Yogi Berra, Mickey Mantle and Roger Maris) to win back-to-back Most Valuable Player awards. Thomas continued to pile up the numbers in the 1990s, winning a batting title in 1997 with a. His streak of seven-straight 100 RBI, 100 walk, 20 homer and. 300 average seasons ended the next year, but Thomas posted another one of those seasons in 2000 leaving him with eight for his career.

Only Babe Ruth (12) and Lou Gehrig (9) ever had more, and only Ted Williams and Barry Bonds had as many. Thomas battled injuries in 2001, 2004 and 2005 unable to appear in half Chicagos games in any of those seasons. Following the 2005 season where the White Sox won the World Series despite Thomas appearing in just 34 games the Sox bought out the rest of Thomas contract and parted ways with their all-time leader in runs, doubles, home runs, RBI and walks. Thomas moved on to the As and then the Blue Jays, where he totaled 65 home runs and 209 RBI over two seasons from 2006-07.

Thomas was elected to the Hall of Fame in 2014. You may return items for any reason up to. Unless otherwise stated in writing on the item advertised for sale.

This item is in the category "Coins & Paper Money\Bullion\Silver\Coins". The seller is "eyecan-24" and is located in San Diego, California. This item can be shipped to United States, China.